I turn and look at him, feeling queasy as I do so. He’s as pale as a sheet.

“Open the windows! Stop the car!” I cry.

Motion sickness runs in the family. I was always travel sick as a child. My middle son is also a frequent vomiter. 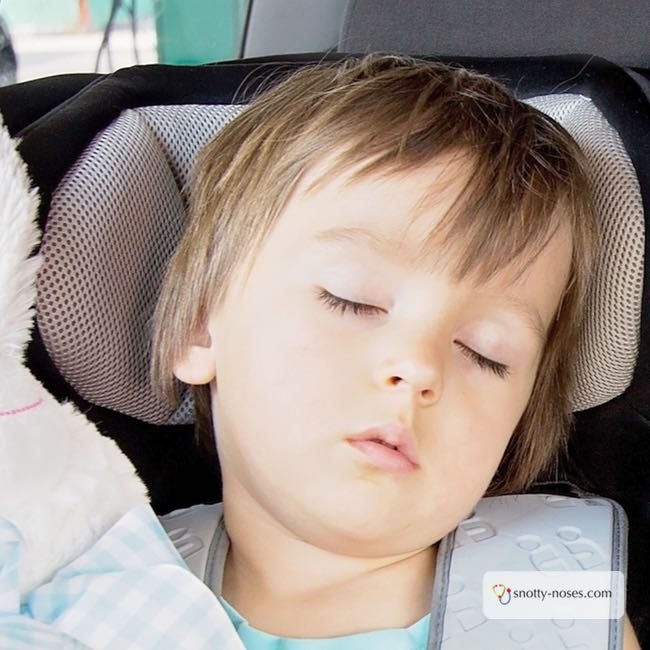 What Causes Travel or Motion Sickness?

The posh word is “kinetosis” but it’s the same as car sickness, sea sickness or air sickness.

Your body feels sick in response to being moved about too much.

There are many theories as to WHY exactly you should feel sick in response to movement (whether it is real movement or just perceived movement, such as when you go on a roller coster stimulator.)

Does your body think that it’s been poisoned and is hallucinating so vomits to get rid of the toxins? It’s a theory that no one has yet proven.

What we do know is that your vestibular system detects movement. Your inner ear has a system of little curvy fluid-filled canals, a bit like a 3D spirit level…you know those things carpenters put on a surface to see if they’re level.

The vestibular system sends signals to your brain that you’re moving and for some reason as yet unknown, your brain reacts by feeling sick.

I mentioned perceived motion such as when you’re in a roller coster stimulator. That feeling of whizzing by, can make car sickness in children worse. You know when you look out of the side window and see the world rushing by? Not great. Look out of the front and the world isn’t travelling so fast.

This effect is made worse by concentrating on something still inside the car, such as reading or watching a DVD, whilst you can still see the world whizzing past out of the corner of your eye. That corner of your eye, your peripheral vision, is a particularly sensitive visual area, so that you can see when you’re going to be pounced on. We notice things out of the corner of our eyes, even if we don’t really think about it.

Having personally suffered from motion sickness all my life and now helping my son, these are my best tips for avoiding it.

How to Avoid Motion Sickness.

You can buy over the counter drugs for travel sickness. Personally I don’t bother but go chat to your pharmacist if you’d like to give them a try.

You can also buy a million different gadgets and gizmos that promise to cure you of motion sickness, from things that trail off your car, to pressure points on your wrists.

When there are a million different cures that “kind of work” I strongly suspect that they aren’t that great, but they might work for you so try them if you like.

We all clamber back in the car after an impromptu stop. (Our record being about 10 times on the 3 hour journey to grandma’s.) Dante is feeling better, we are all feeling happy.

During my childhood I was affectionately referred to as the “vomiter”. My dad used to tease me about writing a book called “Places I have vomited”. It appears the tradition has been passed on to my son. He is busy building child hood memories. As we drive up to grandma’s we play “spot the place we’ve stopped to let someone vomit”.

Travel sickness is unpleasant and as much as you can try to reduce the chances of it happening, it’s not a disaster when it does. Just remember to have a bag, wipes, water and clean clothes easily accessible.

We pull over as soon as we can, get out, stretch our legs and decide to eat our lunch. We clamber back into the crammed car, tummies full and less queasy. We are now pros at surviving road trips with kids and luckily this time we have avoided travel sickness, or at least travel vomiting. 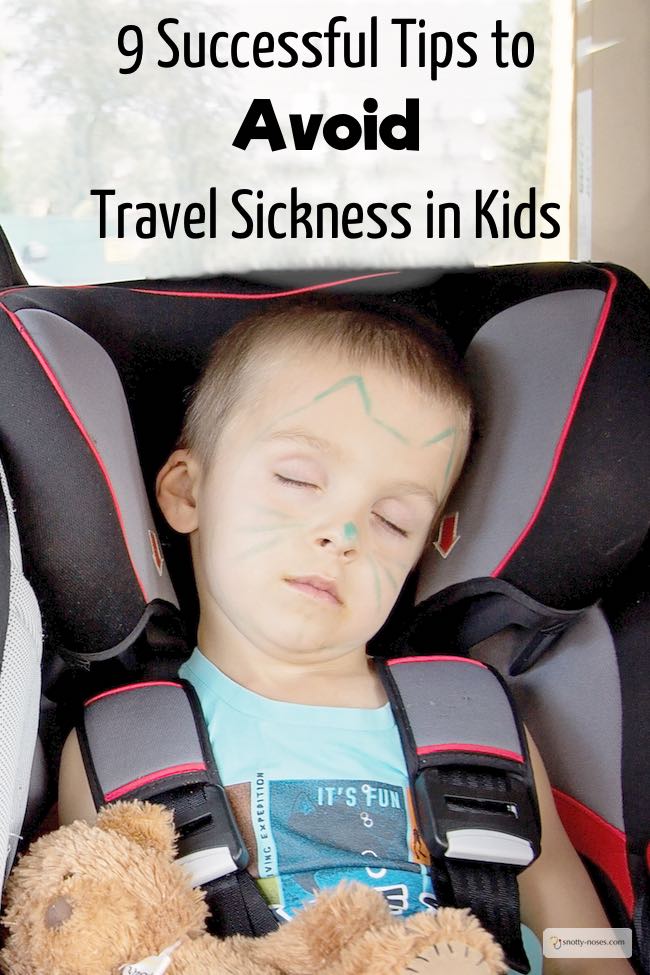