Two hours until dinner and I have a ‘to-do’ list as long as my arm I need to get done. WHY do I always leave dinner hanging over my head? (I really keep meaning to do meal planning but it never happens!) I need something quick and healthy that the kids will actually eat. Who am I kidding? I have aubergines, courgettes and a few sad tomatoes. The kids hate aubergines! A flash of inspiration and I remember this awesome recipe for easy baked vegetable pasta. It’s a healthy dinner recipe AND quick, 10 mins to chop some veggies, chuck them in the oven and that’s it until I need to cook the pasta. 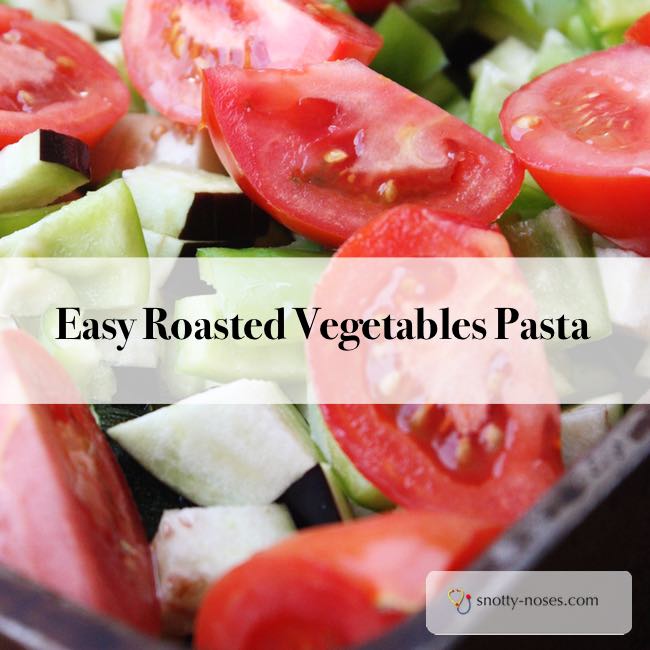 Roasted Vegetables are so easy. I’ve served mine with pasta and made them into a ‘sauce’ but you can eat them by themselves or with baked potatoes. They’re really versatile and the ‘doing’ bit is really quick. They take a while in the oven, but you’re free to get on with that long list of things!

This is what I’ve used but you can roast pretty much anything! 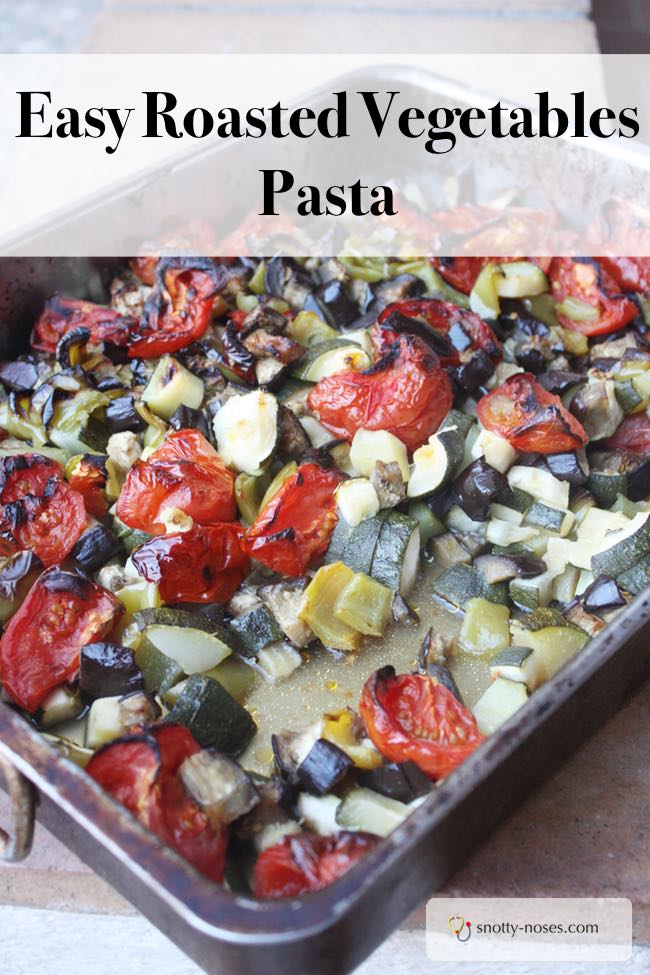 Enough for a family of 6 (young children with leftovers)

Other Vegetables you can Roast

How to Make Roasted Vegetables

How to Make the Roasted Vegetable Pasta.

Remember I said the kids don’t like aubergines? They don’t. I think it’s the purple skin that puts them off. (Some are more likely to eat it than others.)

Well, I give it to them and tell them that they don’t have to eat what they don’t want to. Some of them pick out the bits of purple skin and that’s fine. They still have a tasty meal with lots of healthy vegetables in it. 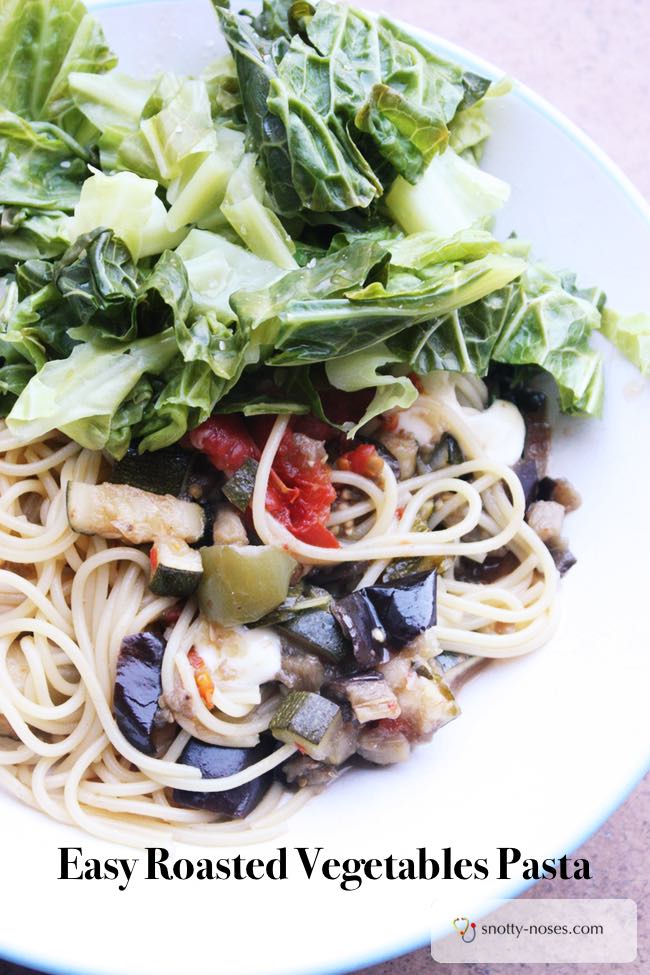