One Sneaky Trick to Help Your Kids Try New Foods

Have you ever noticed how children have an “accepted list” of foods? Foods that they will eat without question, without fuss, without throwing them across the room? Perhaps it’s peas and carrots but when they see them, their faces light up and they gobble them down? (I’m taking healthy foods here, not candy.) But the big problem is all those healthy foods that sit unloved on the “unaccepted list”. Foods like revolting broccoli and disgusting eggplant. The foods that you want your kids to eat because they are healthy. And healthy eating is important. The foods that they will not eat, touch or smell without complaining about how those evil parents are attempting to poison them. Or ruin their lives. Or both. 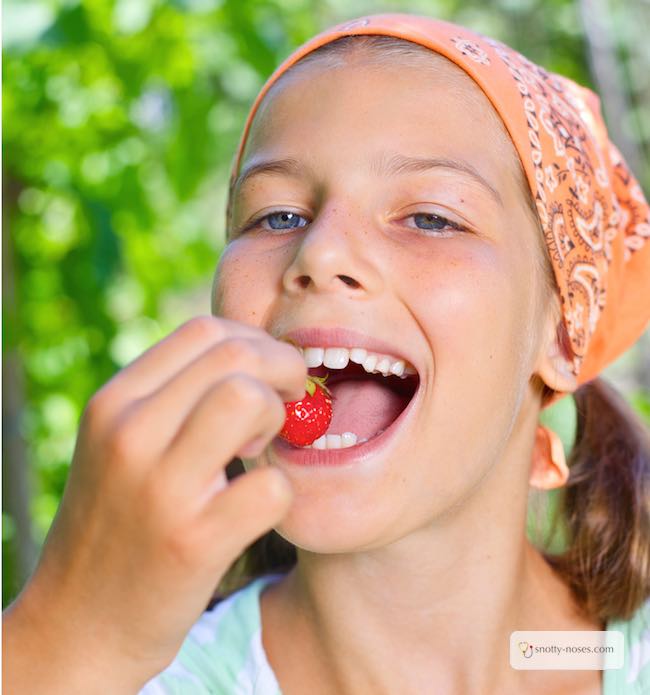 I have a little secret that will help you to introduce your fussy eater to new (and evil) foods. Yep, even vegetables.

One of the most frustrating things is when you present your child with something new, or perhaps not even totally new, they’ve tried it before and liked it.

But this time they refuse it. They howl, they complain. They stamp their feet.

Baffled, you wonder why things have changed. Why did they love it a week ago and now refuse to try it?

My kids adore baked peaches. The first time I made them, my 3 year old told me I was “fablious”. High praise indeed.

That first time I made baked peaches, I baked them in some vanilla syrup with some sugar. Not much but some sugar.

As I continued to make this easy and healthy dessert, I got lazier and lazier. I just added some vanilla and some water and chucked the peaches into the oven. Who needs sugar anyway?

Did the kids complain about the lack of sugar?

No. They didn’t even notice.

The baked peaches were already on the accepted list. I probably could have put chilli powder in and they’d have gobbled it up.

But here’s the rub.

If I had dared to give them peaches without sugar they would have known it was another poisoning attempt by those villainous parents.

So what was the secret? How did I “trick” them into liking the peaches.

I used a flavour that they liked and was accepted. (Sugar is a good one.)

This is called food pairing and several studies have been done to show that kids are more likely to try something new when it is paired with a familiar and accepted food.

How many of you have cheese crazy kids? Next time you try something new, instead of acting like a loathsome, poisoning parent try serving it with a cheese sauce or just grated cheese on top. (They will probably pick out the cheese but that’s fine. The fact that the other food hasn’t been thrown across the room is a positive sign.)

What about dips? Kids love to dip things. What’s your child’s favourite dip? Mine love hummus. Another healthy easy dip to make. They all love carrot sticks. But I can introduce other vegetable sticks as well. Celery (yes, celery!) peppers, cucumber, even lettuce.

My kids have tried all of the above with hummus.

That is not to say they just jumped onto the “accepted list”.

It’s Not A Magic Wand

Don’t get me wrong. I’m not saying that if you sprinkle a bit of “fairy dust” cheese onto a piece of spinach it will suddenly have the appeal of a packet of chips.

It’s not a magic wand. You still have to get the food onto the “accepted list”.

That takes 10-15 times of actually trying it (with an open mind rather than with a poker in your back.) Hence no “just one bite” around here.

This little trick gives you a slither of opportunity. It gives you the first step up the ladder.

You increase the chance of your children starting to accept the strange and unknown food that you have presented.

To him carrot sticks and grated carrot were 2 entirely different things.

But with time and patience he has learnt to accept them. Grated carrots are now on the accepted list. As are raw tomatoes.

And there is always the possibility that your child genuinely doesn’t like something and it will NEVER get on the accepted list.

Persistence and lots of patience.

But if you stick at it and don’t pressure them into eating food, you will teach them healthy eating habits. You will gradually erode away at the “unaccepted list” and see the “accepted list” grow.

It doesn’t happen quickly. In the same way that you can’t see your child growing, you will one day turn around and notice how tall they are and that they are eating a piece of revolting broccoli without any fuss at all. You will notice that they are learning healthy eating habits all by themselves. Well with a little help from our little secret. 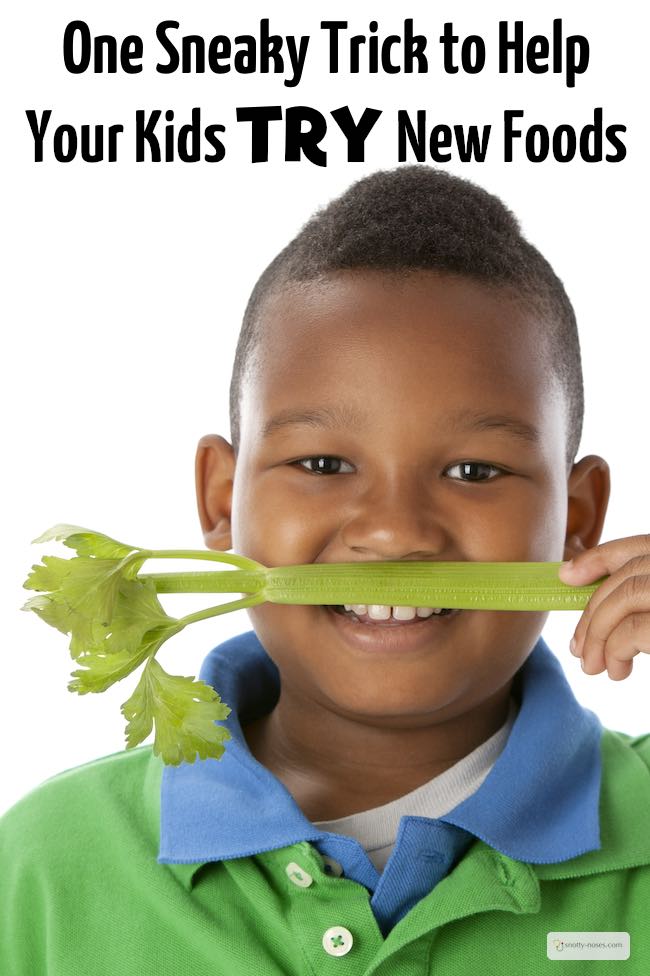