A note on spanish surnames, or "Why am I Gibson-Kerek"? 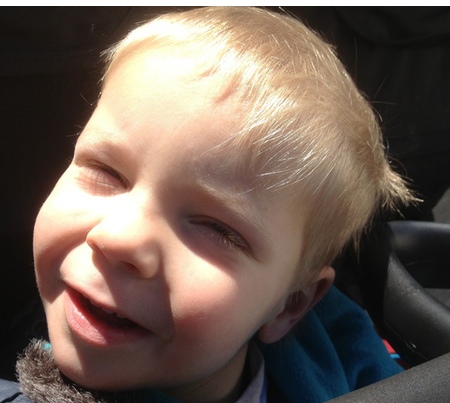 When we got married, I didn't take my husband's surname. I'm not really sure why. I'm quite attached to my surname and it's one of those strange doctor things that many female doctors don't change their names. Perhaps it's too much effort to change or perhaps in our case, it was both of us being stubborn. My husband didn't want to change his name, so I didn't want to change mine. Who knows?

Anyhow, this led to the problem of what to call our children when they were born. We were already planning to move to Spain so we decided to be as spanish as possible. In Spain, children take a surname from each parent, the father's first and then the mothers. They have 2 surnames rather than one. When spanish ladies get married, they keep the 2 surnames that they already have, and sometimes add their husbands as well.

They often have a composite or 'double' first name as well. For example our neighbour is 'Magdelena Maria'. That's one name, not two. They don't seem to do middle names here. I often get called out in a waiting room as 'Orlena Fay'. (Fay is my middle name.) At first, I was a bit confused as it wasn't what I was expecting to hear but now I'm used to it.

A names such as 'Marta Dolores Fernandez Perez' is not unusual. First name 'Marta Dolores' and 2 surnames 'Fernandez' and 'Perez'.

What should we call our children?

Anyhow, as we were living in Wales when our first son was born, we double-barrelled our surnames to make a rough approximation of the spanish way. So our children are 'Gibson-Kerek'. When the twins were born in Spain, we kept the double-barrelled version for continuity, even though it's not exactly what they do here.

So that, my darling son, is why you're 'Gibson-Kerek'.