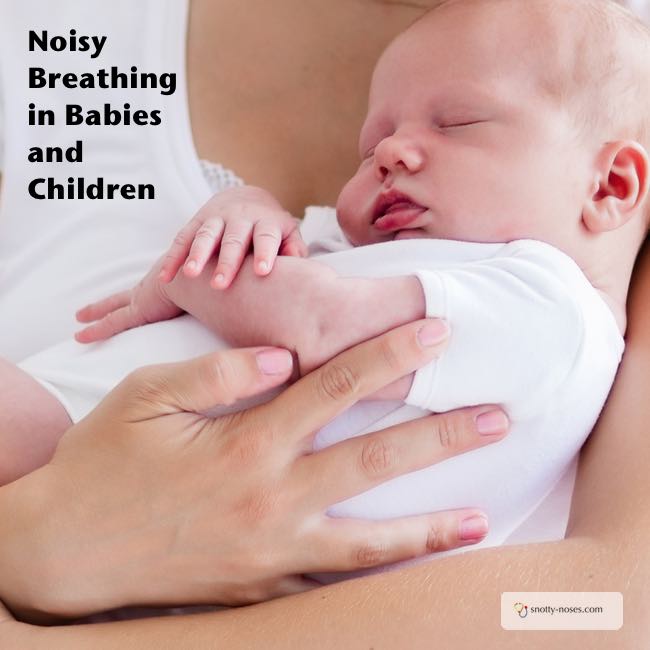 Croup is inflammation of the larynx (voice box) and is normally caused by a virus. It is characterised by noisy breathing. When the child breaths in they make a squeaky sound. Sometimes the child makes the same noise when breathing out. There is often a cough that sounds like a seal barking. It is often preceded by a fever and a runny nose. Croup is easily treated with a dose of steroids. It is normally quite mild and often only needs one dose of steroids. Sometimes it is more severe and needs more aggressive treatment.

What to do if your Child has Croup.

Whooping cough (pertussis) is a nasty illness that is now quite rare thanks to our vaccination program. The vaccine is given at 2, 3 and 4 months so it is possible to get it if you are very little, or haven’t been vaccinated. It begins like a cold and a cough but gradually gets worse and worse resulting in spasms of coughing. Your child may vomit after coughing so much. The cough may sound a bit like a ‘whoop’. It is known as the ‘100 days illness’ as it goes on for so long (10-12 weeks).

What to do if your Child has Whooping Cough.

If you think your child has whooping cough, take them to the doctor. If you think they are having problems breathing, turning blue or having pauses in their breathing, call an ambulance. 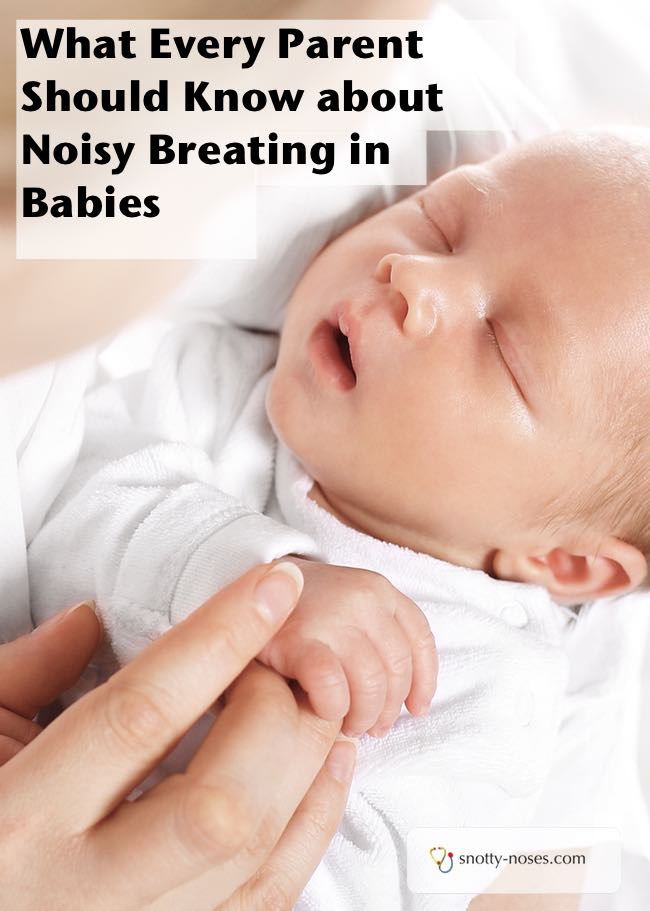 Acute epiglottitis is a very serious cause of noisy breathing. It is a bacterial infection called acute epiglottitis. It is now very rare due to the routine immunisation against the bacteria that causes it (Haemophilus influenzae type B). The vaccine is called the Hib vaccine and is given at 2, 3 and 4 months old. It is a life-threatening illness and most common in children aged 1 - 6. Typically a child is very unwell with a high fever, they drool a lot as they are unable to swallow their saliva. They have breathing difficulties and noisy breathing when breathing in. If you are concerned that your child has acute epiglottitis, call an ambulance or take them to hospital straight away.

Asthma is a very common childhood illness. It is possible to have it as a baby, but it is rare. It normally develops after infancy.

It produces symptoms such as coughing, wheezing and shortness of breath.

Most children with asthma have mild asthma but many have more severe asthma. Every year, children sadly die from asthma. If you are worried that your child has asthma, go and talk to your doctor. It is important for you to understand how to manage asthma so it’s a good idea to find an asthma clinic that can teach you what you need to know.

If your child has noisy breathing and has ANY of the following call an ambulance:

Remember, if you are concerned, it’s better to go to the doctor and feel like a numpty than to sit at home worrying! 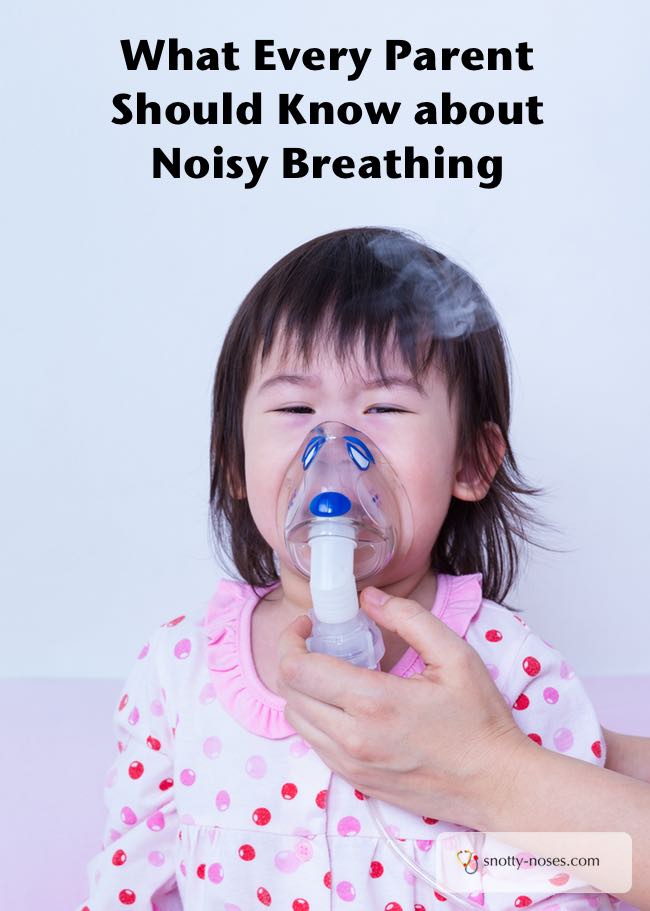